From pioneering pastoralists and Jesuit priests to master winemakers, the Clare Valley holds a fascinating history waiting for the inquisitive traveller to uncover at historic sites throughout our region.

Uncover historic individual properties such as Bungaree Station or Martindale Hall, or you might find yourself exploring entire towns filled with history, like Burra or Mintaro. Each of these towns has their own heritage tour to help guide you through.

Ngadjuri people are the Traditional Owners of this region and have lived here for many thousands of years. The word ‘Ngadjuri’ in their language means ‘we people’, read on below:

Ngadjuri people are the Traditional Owners of this region and have lived here for many thousands of years. The word ‘Ngadjuri’ in their language means ‘we people’. They are also known as the ‘hills people’ and ‘peppermint gum people’. There are remnants of ‘peppermint box’, Eucalyptus Odorata, throughout Ngadjuri Country. Ngadjuri Country covers much of South Australia’s Mid North. It extends from Gawler in the south, to just east of Quorn in the north-west, and beyond Mannahill in the east.

Archaeological, anthropological and ethnographic history offers rich evidence of Ngadjuri culture all through this region. Many rock surfaces are alive with Aboriginal carvings and paintings of great antiquity. Stone tools, message stones, spear points, fire hearths, rock shelters, scar trees, and grave sites all tell their own stories of Ngadjuri people and their ongoing connection to this land.

Ngadjuri found it increasingly difficult to hold onto their land. The new settlers took over many water and food sources. They also brought in new diseases, to which Ngadjuri had no immunity.  Violence broke out at times. Many Ngadjuri people died, with estimates that only about 10 percent of the population survived those first few decades of contact.

Many survivors were forced onto missions across South Australia, including the Poonindie Mission on Eyre Peninsula, Point Pearce Mission on Yorke Peninsula, and Point McLeay Mission in the Coorong area. Other Ngadjuri people joined neighbouring Aboriginal groups living north, east, and west along the Murray River.

Many Ngadjuri people are involved in protecting their rich heritage, and revitalising their living cultural landscape for all to enjoy and learn from. The names of many towns and areas in the Mid North offer hints about Ngadjuri knowledge, like these words to describe parts of the landscape.

This information has been sourced from the book Ngadjuri – Aboriginal People of the Mid North Region of South Australia, written in 2005 consultation with the Ngadjuri Walpa Juri Lands and Heritage Association. Other sections have been written more recently in consultation with Ngadjuri people who have been working with the Clare and Gilbert Valley Council on cultural revival projects.

The Kaurna are the original people of Adelaide and the Adelaide Plains.

Kaurna territory extended from Cape Jervis at the bottom of the Fleurieu Peninsula to Port Wakefield on the eastern shore of Gulf St Vincent, and as far north as Crystal Brook in the Mid North.

The Kaurna, probably numbering around 300 people, were usually called by the colonists the Cowandilla or Adelaide tribe.

Other neighbouring groups are the Narungga of Yorke Peninsula, the Nukunu to the north, the Ngadjuri to the north east and the Peramangk of the hills to the east.

The Kaurna spoke a complex language, which reflected their sophisticated culture and deep knowledge of the environment.

The Kaurna people lived in family groups called bands, who lived in defined territories called pangkarra which were "passed" from father to son upon his initiation.

Kaurna spirituality recognizes the connectedness of people and culture with the worlds of plants, the animals and stars.

The world of the Kaurna was irrevocably altered with the arrival, first, of European explorers, then whalers and sealers along the coast from the early 1800s, and then, finally, the South Australian colonists of 1836.

It was the Kaurna who first experienced the shock of colonisation.

The colonists soon spread across the Adelaide Plains, establishing farms and settlements along the creeks and fertile flats, fencing, building houses and claiming the country.

Some worked with or for the colonists; others attempted to continue their traditional way of life.
The Kaurna were being decimated by the process of colonisation as new diseases, alcohol, and, underpinning everything else, loss of land and livelihood, took a heavy toll.

By the 1850s, few of the remaining Kaurna were in Adelaide.

The last two decades of the twentieth century saw the re-emergence of a group of Aboriginal people who speak for the Adelaide Plains and identify as Kaurna.

Kaurna language is frequently heard at public and ceremonial occasions as Kaurna elders perform a Welcome to Country. This artwork by Sam Gollan, Kaurna and Ngarrindjeri woman, was designed and painted for Wakefield Regional Council as part of Reconciliation Week. The colours represent the Wakefield region (blue for the gulf, pink for the lakes and brown and ochre for the fertile farmlands). The story behind the designs is about community organisations coming together, working as one and making this great community unite. Wakefield is a place where knowledge and culture unite and where everyone comes together to discuss the best outcome for all.

Bottled History is aimed at the more curious traveller wanting to experience the Food and Wine while enjoying the sights, hearing about the rich early history and influence the early settlers…
Bottled History Tour

This special private tour takes you behind the gates and into the paddocks to learn more about farming at this iconic property. Established in 1841, Bungaree became the headquarters of one…
“Behind the Farm Gate” Private Tour - Bungaree Station

Martindale Hall, Mintaro is one of the most outstanding of Australia's great historic homesteads. While many pastoralists of the late nineteenth century built ‘instant palaces’ to cement…
Martindale Hall: Marvel of the Mid North

Quick search: to filter within entries. 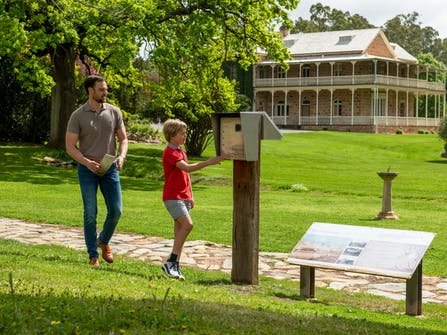 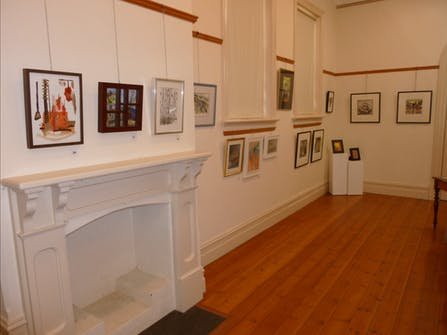 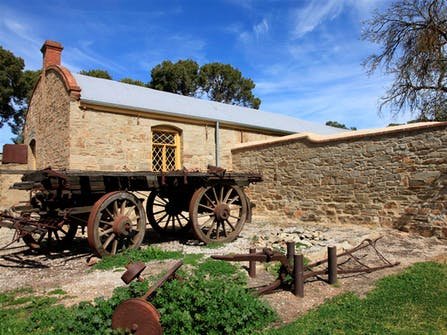 Bon Accord Mine Complex 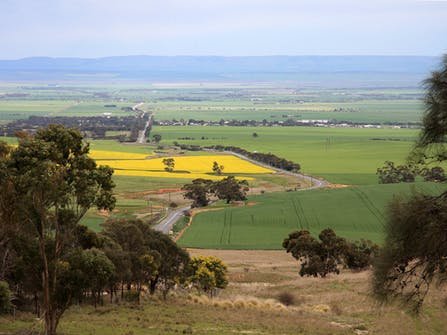 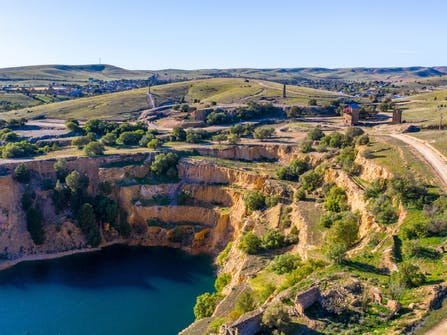 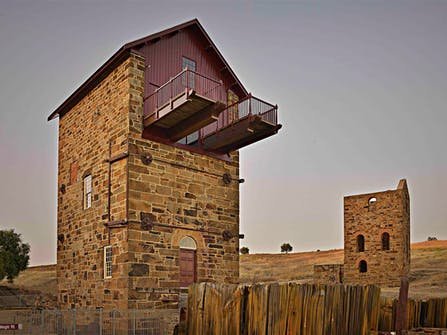 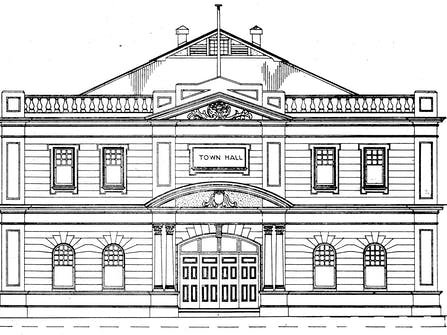 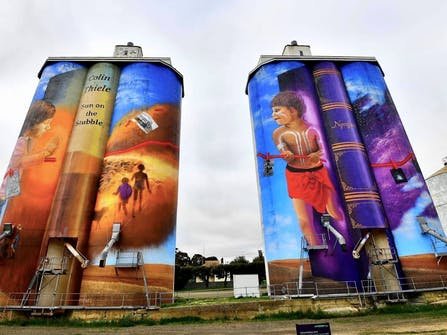 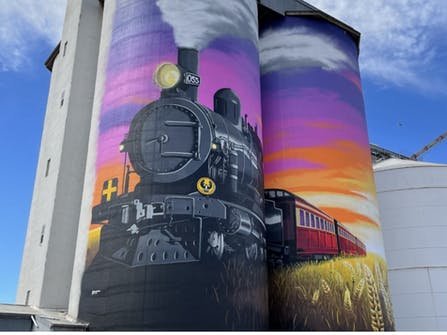 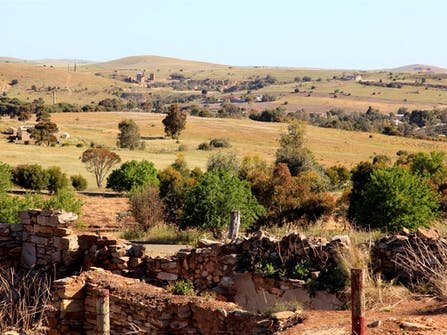 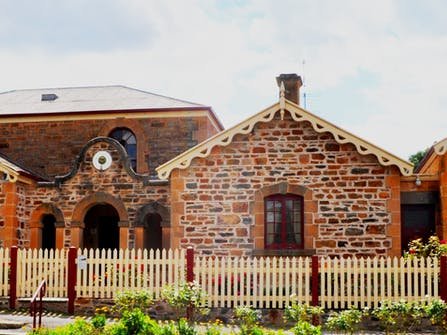 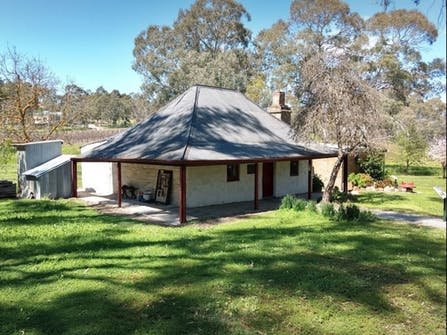 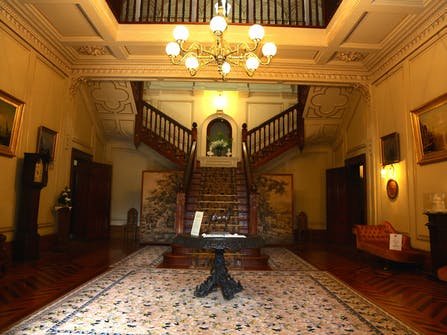 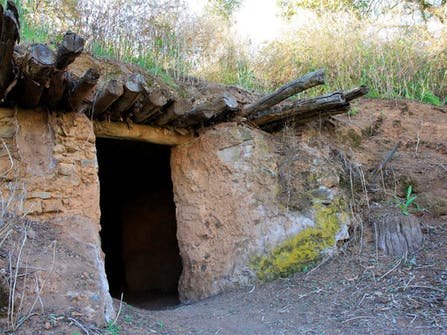 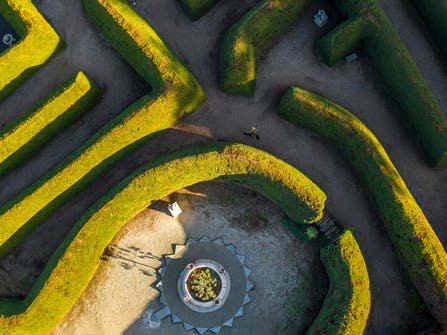 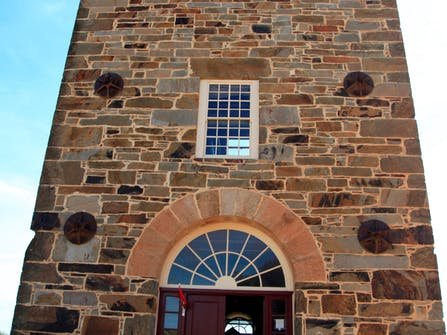 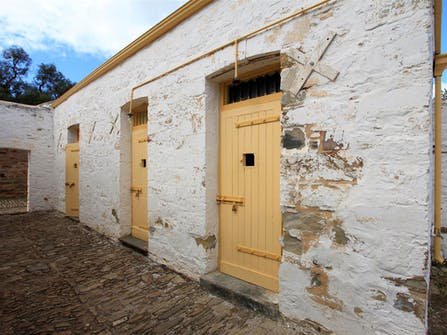 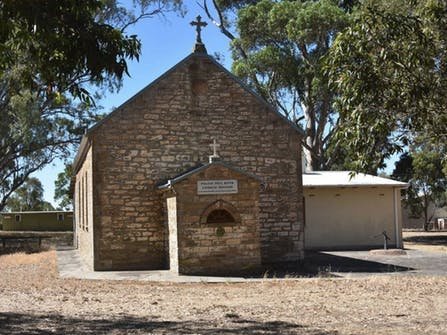 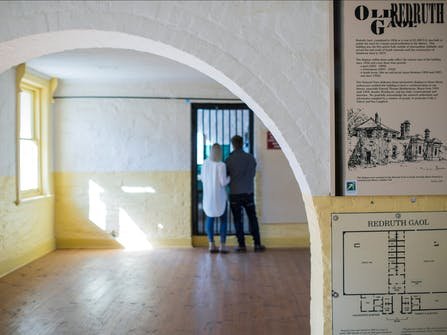 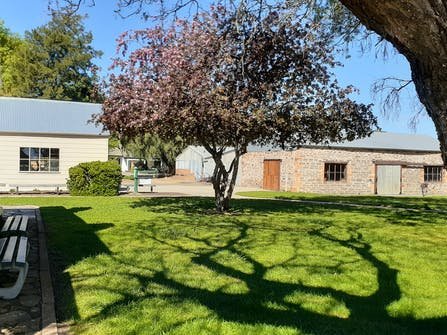 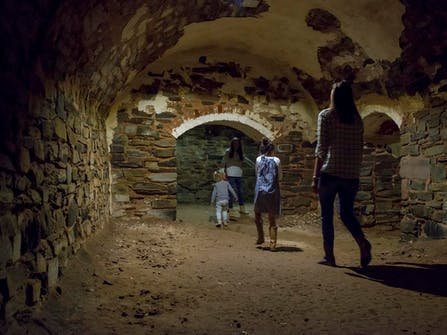