Sevenhill is at the 'heart' of the Clare Valley, and is a hub for the locals and tourists visiting the Region. It is a perfect place to gain access to the Riesling Trail walking and cycling route, with off-road parking facilities available.

Sevenhill supports the well-known dining destination of the Sevenhill Hotel, a number of cellar doors, Little Red Grape Bakery, several bed and breakfast cottages and a CFS station. The community hall hosts Friday night bingo as a tradition. Several of the Region's famous wineries and cellar doors are located east and west of Sevenhill.

The town of Sevenhill is approximately 130 km north of Adelaide. Sevenhill is sited in hilly country at the head of the Hutt River.

The township itself lies in a small level plain, but surrounding Sevenhill, particularly to the east and west are rugged ranges, some scrub covered, which run generally north-south.

The small town has a compelling history being founded by Jesuit Fathers and Brothers in 1850. The name, bestowed by Austrian Jesuit priest, Aloysius Kranewitter, is a homage to the Seven Hills of Rome. Priest Kranewitter was delighted with the prospects of the hilly and fertile location and, through his influence, the land was surveyed into allotments for leasing. By January 1851 Kranewitter was calling the future site Sevenhill Township. The first lots became available from April 1851, all for 31 years' lease with easy right of purchase terms, and soon many Catholics, particularly Irish, Polish, and German, were moving there from Kapunda, Tanunda, Burra and other districts.

In 1851, the Jesuits established the current Saint Aloysius Church and Sevenhill Winery about one kilometre east, near the Hill River. Local settler Francis Weikert, who donated land for this establishment, is buried in the Sevenhill cemetery. 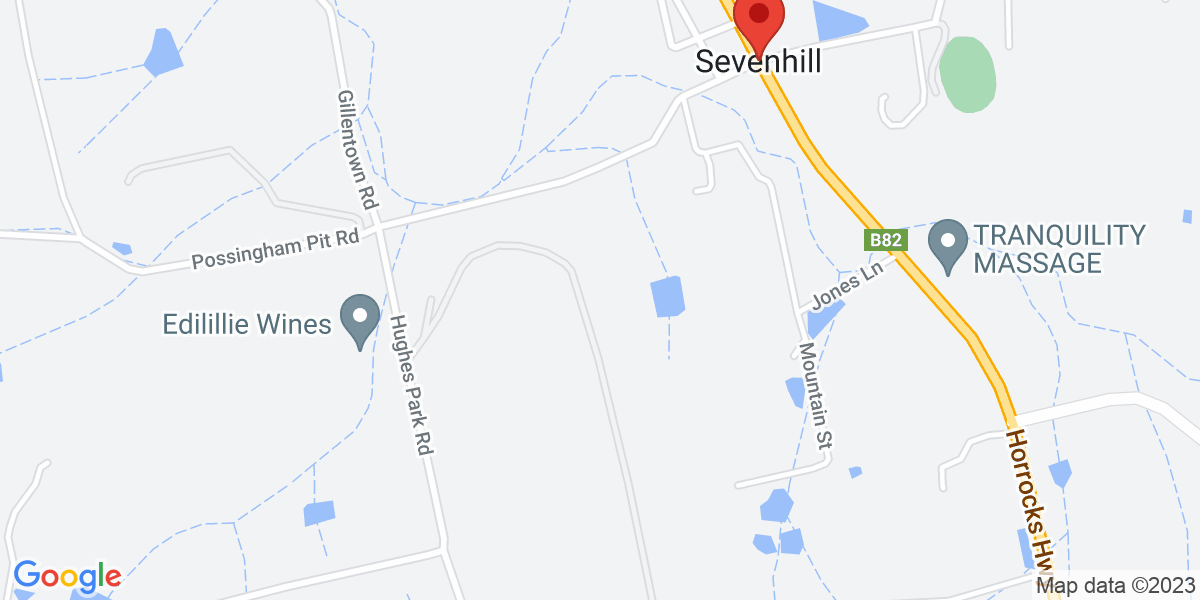