Waterloo is a settlement located just off the Barrier Highway between Manoora and Black Springs, approximately 121 kilometres north-east of the state capital of Adelaide.

The township of Waterloo was surveyed and established in 1865 in the Hundred of Waterloo, County of Light. It derives its name from the famous battle of the Napoleonic Wars. Waterloo is situated in a valley on the head of the Light River. In 1866 a petition was signed by 233 of the inhabitants and settlers for the establishment of a police station and courthouse. The government rejected this, as the township then comprised not more than six houses, a flourmill, and a hotel.
Waterloo is the birthplace of Tom Kruse, the Australian outback mailman who worked on the Birdsville Track in the border area between South Australia and Queensland.

Although the township of Waterloo never thrived, it became the service centre for a large rural community, providing such facilities as a school, churches, and shopping. Today it is in the midst of a productive agricultural district, which it continues to service. Windfarms have been established on nearby ranges. 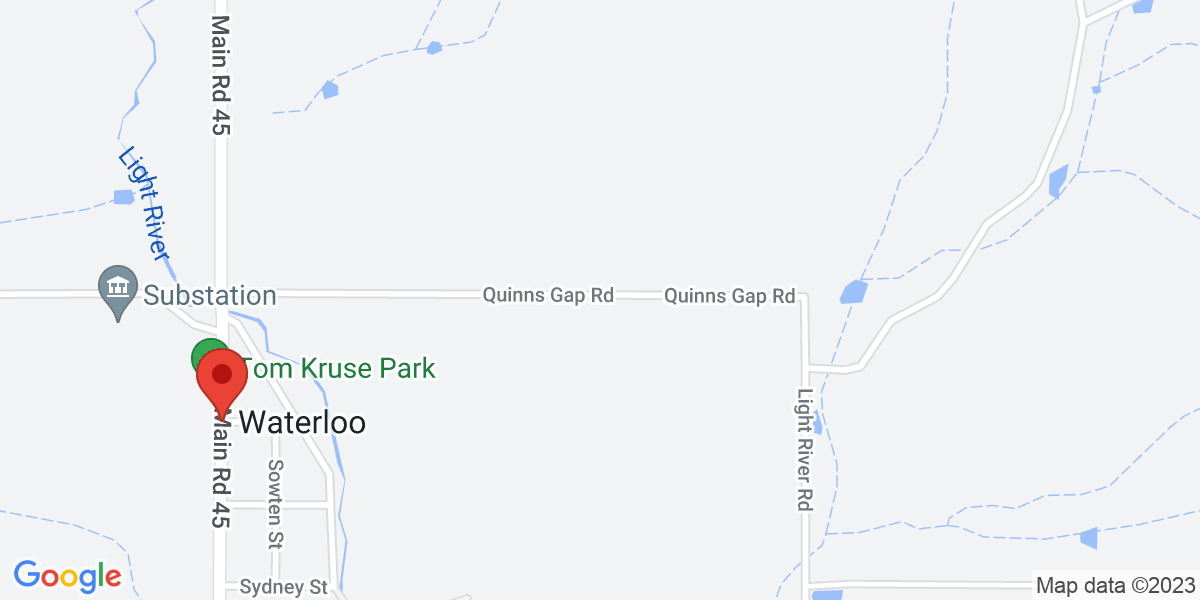