Saddleworth is a small town situated on the Gilbert River and along with neighbouring towns of Riverton, Rhynie and Tarlee, the local area is known as the Gilbert Valley which forms part of the Clare Valley Tourism Region. The town is bisected by the Barrier Highway.

The town has a 3km long Heritage Walking Trail which provides a good insight into the history of the area. A park and café have recently opened in the centre of town providing a great stop-off point for travellers.

Saddleworth was originally established as one of many settlements on the road to Burra, and was named after Saddleworth Lodge pastoral station, a local landholding that itself was named after a town of Saddleworth in Greater Manchester, England. Joseph Dunn applied for a Publican's Licence to open a new Saddleworth Lodge in March 1846, and it was granted on the 14th of March 1846. The Burra railway line passed through the town from 1870 until the early 2000s.
An old store on the Barrier Highway has been converted into a museum that focuses on the history of Saddleworth and the nearby towns of Waterloo, Marrabel, and Manoora. 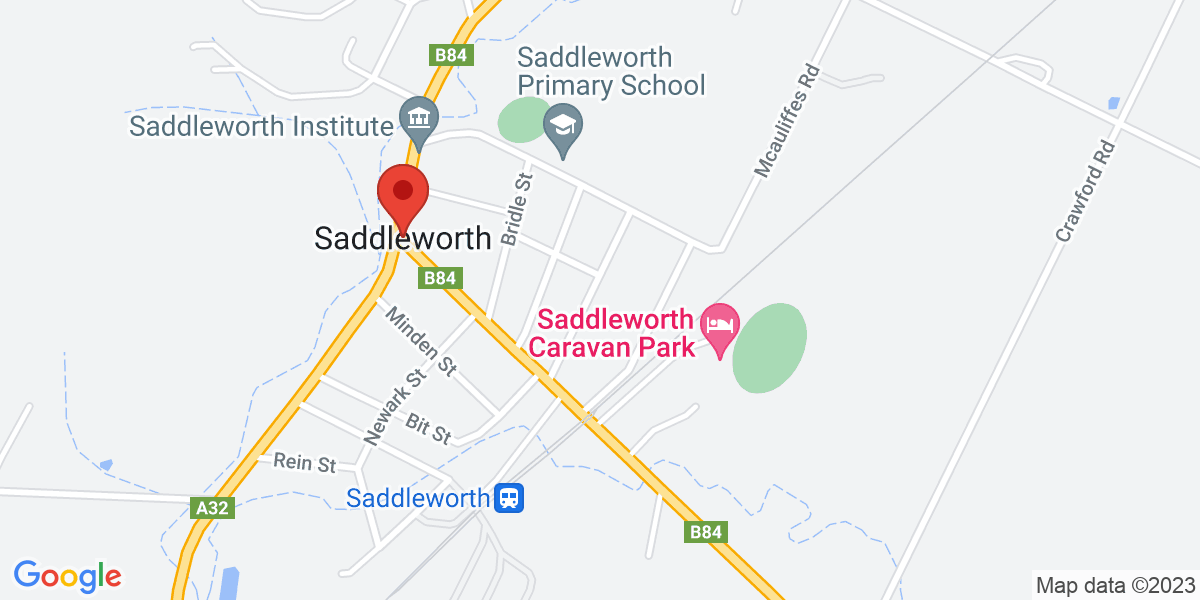