Penwortham is a small town along the Horrocks Highway, approximately 10 kilometres south of Clare and 14 kilometres north of Auburn. Penwortham is surrounded by natural eucalyptus bushland and a section of the Skilly Hills, which in turn forms part of the Mount Lofty Ranges. There are two significant peaks nearby, Mount Oakden named after John Oakden, and Mount Horrocks, named after John Horrocks.

The village of Penwortham was founded by settler, pioneer and explorer, John Horrocks (22 March 1818 – 23 September 1846). Horrocks arrived in the colony of South Australia on his 21st birthday, 22 March 1839, less than three years after its proclamation by Governor John Hindmarsh. After meeting Edward John Eyre, who told him of potentially good farmland to the north of Adelaide, John Horrocks and a servant, John Green, set off to find the area Eyre had described to him. Horrocks settled in a region that he believed to be along the Hutt River and named his establishment Hope Farm. Later in 1839, the first stone cottage of the settlement was commenced and, in 1840, Horrocks and his servants built stone stables for horses, which were then very rare and valuable in the new colony. For a short time, this was the only inland European settlement north of Gawler.

John Horrock’s State Heritage listed cottage can be visited in the town today. A monument was built and unveiled on 22 September 1946 commemorating the life, exploration and untimely death of the town's founder, John Ainsworth Horrocks. It was built by Gordon Ross and William Robins and now stands by the side of Main North Road, near St Mark's Church.

The Riesling Trail on the eastern side links the village to Auburn and Clare for walkers and cyclists looking to take in the ambience of the local countryside. The scenic drive to the Skillogalee Valley, west of the Main North Road (Horrocks Highway), can be accessed from Penwortham. This beautiful scenic drive will take you to several well-known cellar doors, Mitchell Wines, Penna Lane Wines, Kilikanoon Wines and Skillogalee Wines and Restaurant.
Penwortham
Penwortham, South Australia 5453 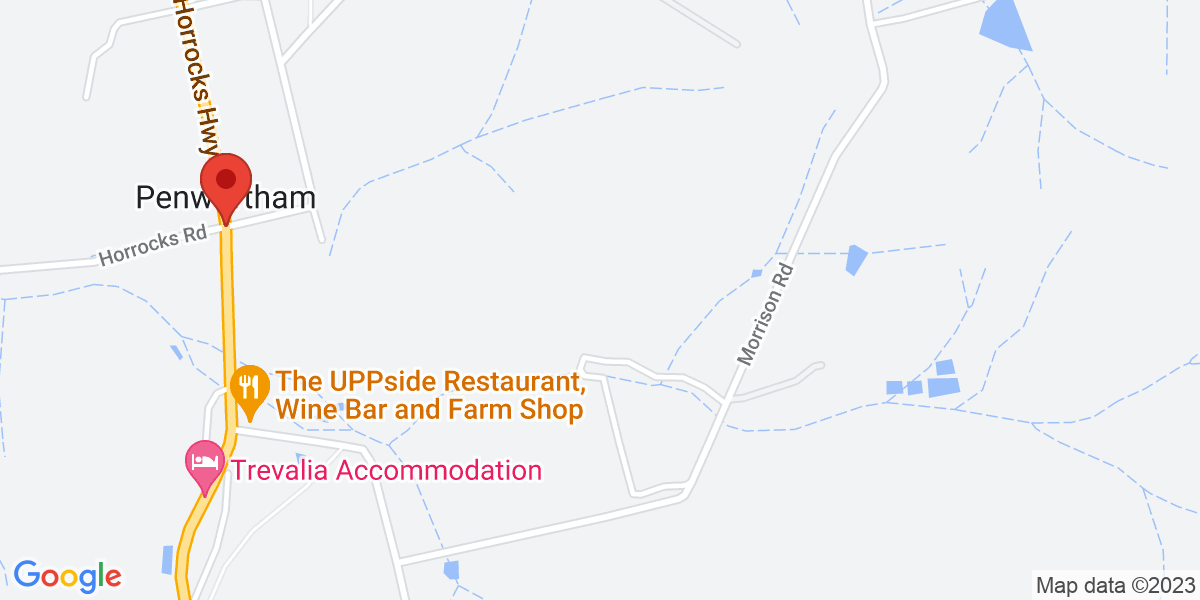