Leasingham is the name of a hamlet on the southern edge of the Clare Valley. It is approximately 117 kilometres from Adelaide and 17 kilometres south of the town of Clare. There are a number of well-known cellar doors located at Leasingham including O’Leary Walker and Claymore Wines, as well The Little Red Grape bakery and cafe. The hamlet also has a caravan park and bed and breakfast accommodation.

Leasingham is an agricultural district in which dry grain farming predominates but is largely surrounded by rolling vineyards in a very picturesque part of the Clare Valley. O’Leary Walkers provides particularly panoramic views of the area.

Leasingham is bisected by the Eyre Creek as it makes its way to the Wakefield River. The Riesling Trail is on the western fringe of the township, following the former railway route between Auburn and Clare.

The Leasingham district was the ancestral home of the Ngadjuri people. The first European explorer, John Hill, passed through the district in April 1839. Surveys soon followed, the township being named after the village and civil parish of Leasingham in Lincolnshire, England and the site was once owned by E. Campbell, who held approximately 120 hectares (60 acres) of freehold land, which he sold in 1853. By 1866 Leasingham had about 130 residents and, although ribbon development occurred around the Main North Road crossroad, it never prospered into a town.
Leasingham
Leasingham, South Australia 5452 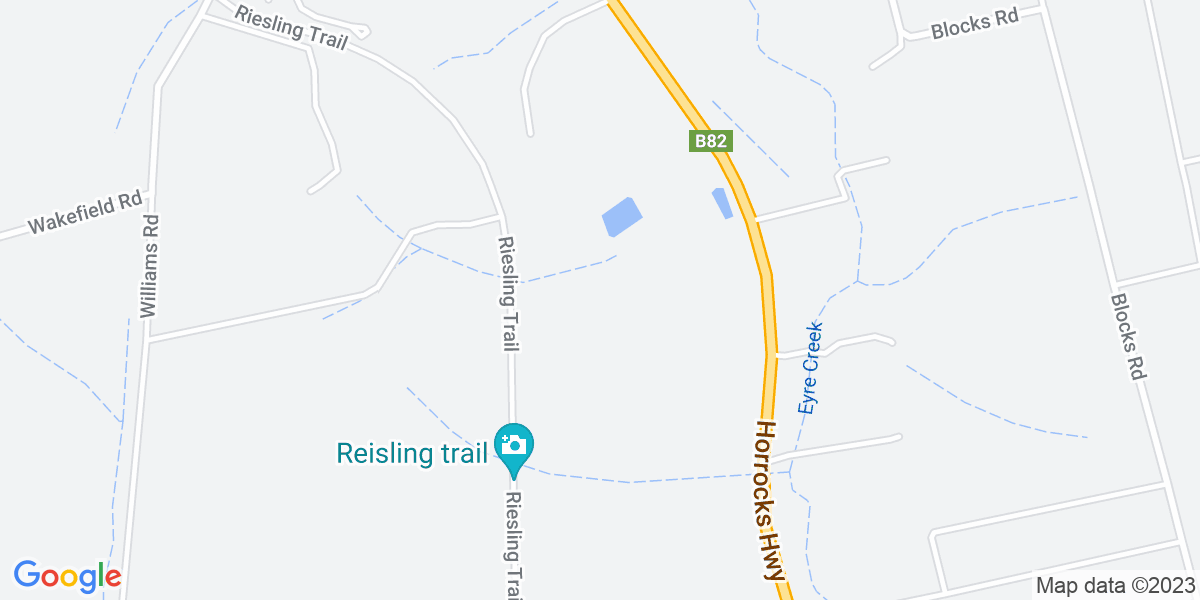