Only an hour north of Adelaide, and 25 kilometres west of Port Wakefield, Balaklava is famous for its race course and is home to the over 100 year old Balaklava Cup held every August or September, the largest country race in South Australia.

Balaklava is one of the main agricultural townships in this area, with the state rail network connecting grain silos from Balaklava, Owen, Nantawarra, and Long Plains to Adelaide. Balaklava is based around the beautiful River Wakefield and offers many lovely old buildings.

A little south east of town is The Rocks Reserve, a unique formation of rock carved naturally by the River Wakefield. Enjoy the flora and fauna throughout the reserve and its walking trails.

The town is well equipped and a great place to stock up on supplies. Accommodation options include a caravan park, hotels and several bed and breakfast properties.

In 1849, Balaklava began as a stopping point for Bullock Trains, which traversed the Gulf Road from the Burra Burra copper mines to Port Wakefield. In 1870 the first large grain stores were built by an Adelaide Grain Merchant, Charles Fisher, opening up the area to farmers. The town was surveyed in 1877 and named after the Battle of Balaklava in the Crimean War.
Balaklava
Balaklava, South Australia 5461 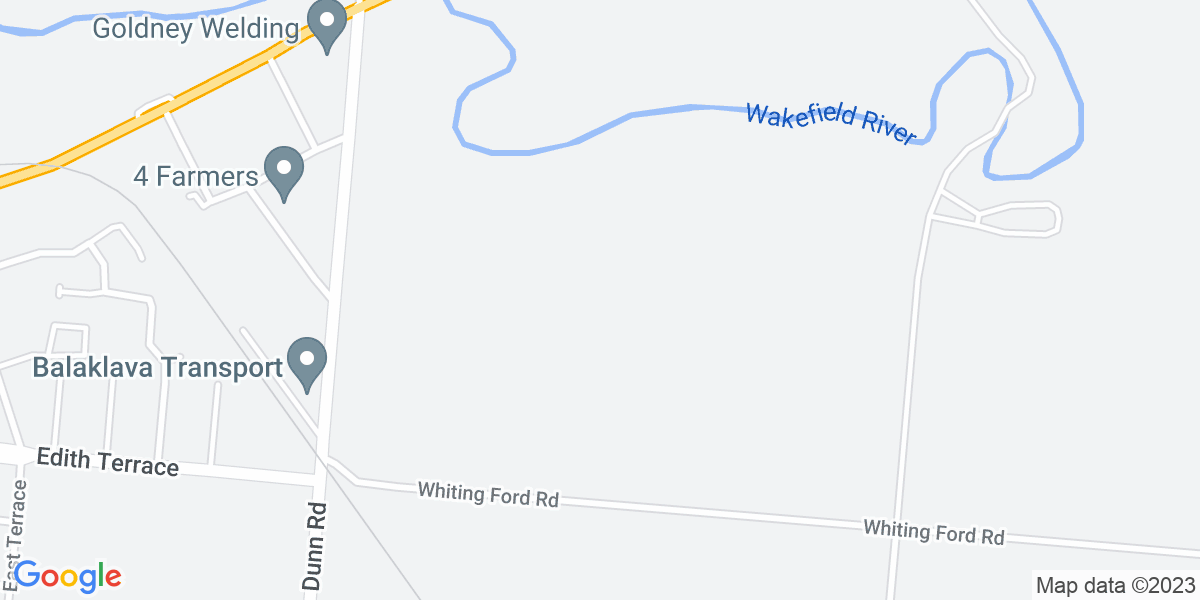