Koonowla is one of the Clare Valley’s most historic properties. It is also one of the earliest wine producers in the region with its gravitational winery and cellars built in 1895.

Vines were first planted on Koonowla in the 1890’s. By the early 1900’s Koonowla was one of the states biggest players, producing from its own winery and cellars, over a quarter of a million litres of wine annually. Koonowla wine was to be found in the restaurants and homes of London's elite for the best part of 25 years before a disastrous fire devastated the winery and reduced the vineyard size. Thankfully the beautiful heritage stone buildings were saved and today Koonowla’s 120 acres of vines produce
some of the Clare Valley’s most sought-after wines.

Koonowla's cellar door, located within the stately homestead grounds, is itself one of the estate's historic buildings, once a packing shed for the estate's then thriving dried fruit enterprise.
Koonowla Wines
18 Koonowla Road
Auburn, South Australia 5451
0419 826 201
info@koonowla.com
www.koonowla.com 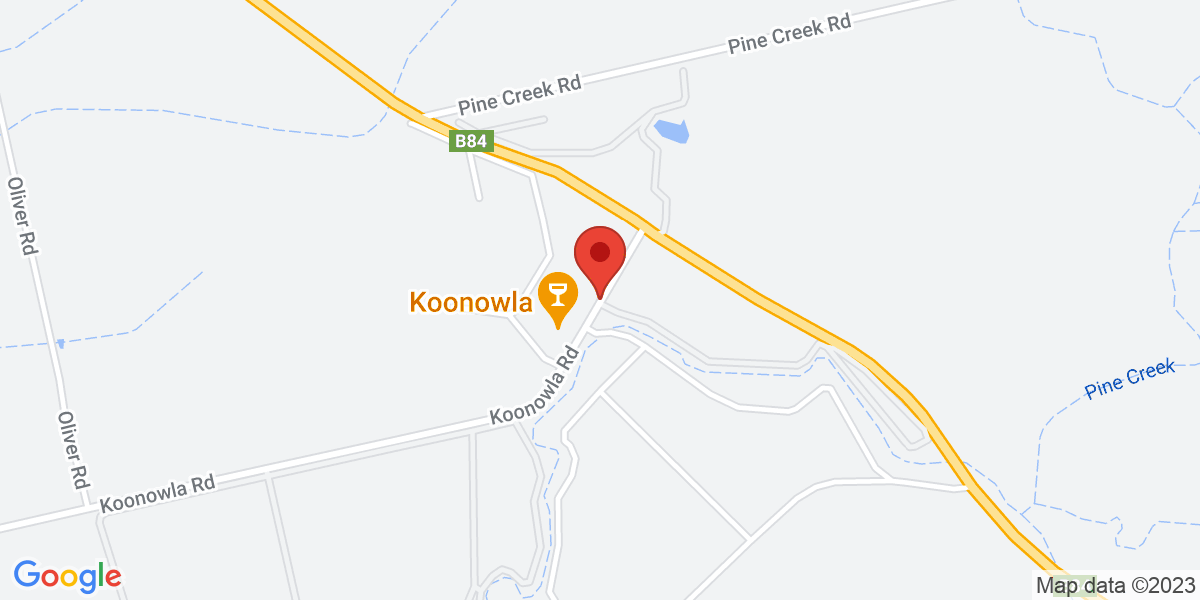